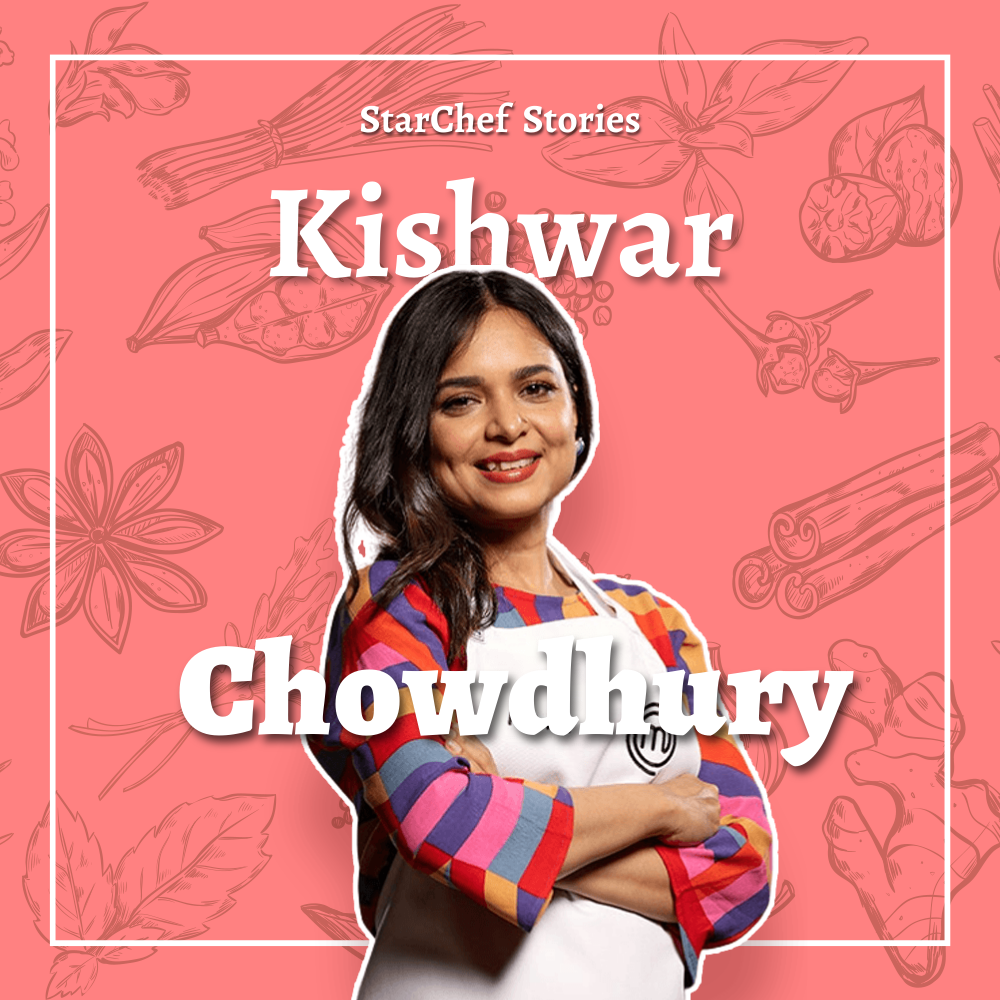 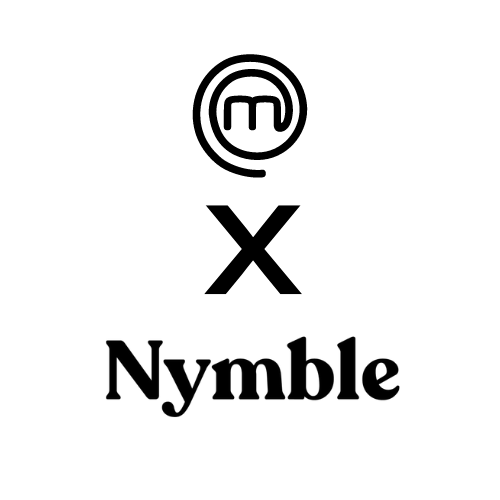 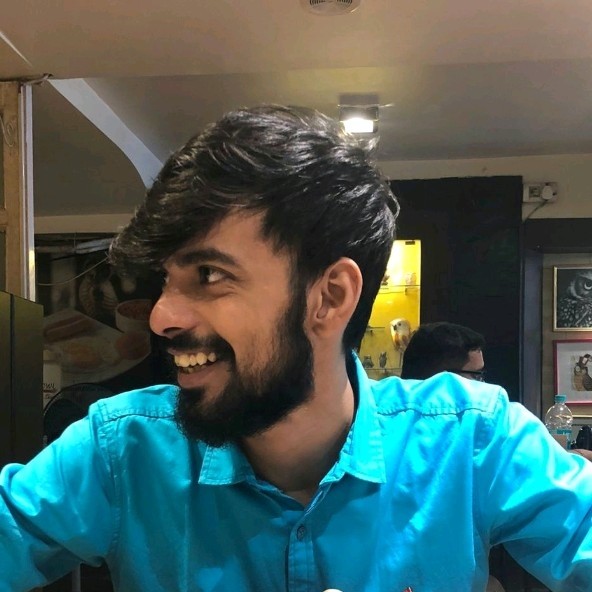 When Kishwar Choudhary served “Panta Bhaat” as her final dish on MasterChef, the Bengali community around the world swelled with pride. Bengalis love their nutritious dose of smoked rice on a hot summer’s day, but at the same time, most would not have imagined that the humble rice-dish would make an appearance on the biggest cooking competition in the world.

The world of food can be notoriously segregated at times, where similar textured dishes from western nations often get higher praise. When you compare the Bengali “Panta Bhaat” to Spain’s Paella and the Italian Risotto, you will realize that it’s the same category of dish. While the Paella’s and Risotto’s are being relished by patrons at Michelin-starred restaurants, the world is yet to discover the deliciousness of simple Bengali dishes such as the smoked rice.

"..If Bengali cuisine had to be described in one word - I’d say it’s nourishing.."

The Bangladeshi-Australian chef and grand finalist at MasterChef Australia Season 13, has had an ambitious vision - i.e. to put her own spin into her heritage cuisine by marrying it with Australian produce. This is what she sometimes refers to as a “reimagined” Bengali cuisine. To internationalize a local cuisine, chefs have to creatively recreate native dishes with a twist in flavor, and swapping of ingredients here and there, while also ensuring that the true essence of the dish is maintained and is palatable for the masses.

“..When you look at East India or the Bay of Bengal and Bangladesh, you’ll see a lot of dishes based around water, seas, and rivers. So you’re looking at a lot of rice and water-based dishes cooked with really interesting vegetables. So that texture has always stayed consistent in my dishes..”

One of the most iconic exchanges were captured when Kishwar presented her first dish of Sardines, and upon tasting the dish, an impressed Andy Allen (judge) asked the aspiring chef, where she had been so far, to which a sobbing Chowdhury said "just at home". This emotional but wholesome moment encapsulated what was to follow, and marked the beginning of her outstanding run on the show.

The final dish that she served at the MasterChef Finale was Smoked Rice Water (traditionally known as Panta Bhaat) with Aloo Bhorta (Bengali-style Mashed Potatoes) and Sardines. This combination was reminiscent of a humble platter that a Bengali family relishes on a laid back Sunday afternoon. She received a lot of support and praise from the Bengali and Bangladeshi community worldwide for representing their community in the biggest cooking show on TV. The wide array of Bengali recipes that she served during her run in MasterChef gave us an honest inward look into Kishwar’s ambitions as a chef, which is to represent Bengali cuisine in the most authentic way possible while also being creative with her choice of ingredients.

Having lived in three different continents, her extensive knowledge of mixing spices and experimenting with ingredients has motivated her to perfect many other Indian and East Asian dishes as well. Her Mutton Nihari, is a slow cooked meat preparation blended with a myriad of aromatic spices. The Chicken Korma is a traditional Mughai dish, native to the northern region of India, known for its luscious texture and a nutty aftertaste. The Ruby Chicken is cooked in a delectable tomato and yogurt based curry that produces an explosion of flavors. Kishwar’s Khao Soi is also well noted, and is an example of her versatility as a chef. It is a revitalizing bowl of rice-noodle soup with any type of meat topped with a meat-sauce made of minced meat, tomato, garlic and fermented meat paste.

“..I always say that I cook because it's a privilege. I enjoy cooking. But you don't have to always order or eat out, if you don't have that skillset. This is why I like this product and its mission.."

After months of conversations over the internet, Kishwar flew down to the Nymble Office to finally meet the cooking robot that is going to fix some of her signature recipes. During this meet-up, we had the chance to draw plenty from her experience. She expressed her own experience with technology in kitchens, her recipe-crafting process, the distinctive qualities of the cuisine she specializes in, and her fresh take on the relevance of a self-cooking kitchen-robot for consumers today.

Right before the interview, Kishwar had just witnessed the cooking robot cook her recipe for the first time, so we asked her about her first impressions of the product.

K: Being in kitchens, I'd say witnessing a product like this is extremely interesting because there are a lot of equipments that come out where they take away a few steps, or simplify the process of cooking. You have your Thermomix, for example, which is not just a mixer, but it also heats. But that means instead of making anglaise on the stove, you can now automate it. That idea of automation gives a homogeneous result over and over again, and that's what chefs are looking for. Nymble is interesting because you can add ingredients at different times and it regulates the temperature on its own. You can add fresh ingredients, which you can't really do with the ‘one pot solution’ type gadgets. It's actually got that cooking arm as a robot. It’s actually adding ingredients at different stages of cooking, which is more like a human cooking. It's replicating the process of cooking more accurately.

N: To whom do you think such a product like ours would benefit the most?

K: Sometimes it's just having that skill set or wanting to do it. I always say that I cook because it's a privilege. I enjoy cooking. But just because you don't have that skill set doesn't mean you always need to order out or eat out. This is great because you're controlling the ingredients, you're controlling the input, and then you're getting a home cooked meal essentially without the labor of having to cook it at home. So I can see the very interesting niche market or the interesting group of people, for whom this opens up a whole array of home cooked meals to.

N: Let’s talk a little bit about your cooking expertise. How much has your Bangladeshi-Indian heritage influenced your recipe-making process? And in your opinion, what makes the Bengali Cuisine unique?

K: I think with a country like India, all cuisines are very nuanced, there are countless regional cuisines, which you only see in a few countries around the world. Bengali cuisine is obviously one of them. When you look at East India, and then you look at the Bay of Bengal and Bangladesh, it has a lot of dishes that are based around water. So there are a lot of influences from the sea, and rivers as well. And then it's located on the agricultural side of India. So you're looking at a lot of rice based dishes, really interesting vegetables, fresh flavors and techniques that you don't see in other parts of India or even, the rest of the world. So, for me, Bengali cuisine is heritage cuisine, but it's slow food. It's very technical, and a lot of it is very fresh and delicious.

N: Tell us how your cooking experiences since childhood influenced your recipe-making process as of today?

K:  Food has always been a huge, integral part of our home. My family has had a massive influence on me for being where I am today. Their support and the knowledge that they passed onto me since my childhood, is the reason I could realize my dream of becoming a chef. But it was when I understood the versatility and adaptability of ingredients endemic to Australia, that is what set me off on a mission, of sorts. In fact, I think a big part of what I'm doing right now is that Australian connection of Australian produce. The produce is amazing from this part of the world. It marries really well with my heritage techniques - Indian, East Indian, Bangladeshi and Bengali techniques and that's how the result is almost like a new cuisine in itself.

N: What is the difference between cooking at home for your family and cooking for people at restaurants or events? Do you approach it differently?

K: So my family complains that I don't cook fancy food at home, well because that's my job. So I definitely don't sit at home and cook eight course meals. Instead it's a lot of very comforting home-cooked foods, nostalgic foods. But even when I'm cooking for dignitaries or at events of any kind, I really try to hone in on food that evokes memories, food that I'm connected to. And you must have a connection to the food that you are cooking - does not matter you're creating a very fine dining elevated plate or street-food. I think a huge part of it is also seasonality and locality. What the influences are, what the produce is like, what sort of season it is, and bringing that into Australian cuisine as well and marrying that with my native cooking techniques. Overall, I’d say that the food I try to create is often a reflection of my story.

N: What kind of food do you enjoy eating?

K: I love street food. I love dishes that are full of flavor and really pack a punch. So right now, I've been asking to eat a lot of local food and go out and really find the heart and soul of a city. And I think that's the best way to travel.

N: What were your first thoughts or apprehensions when our team reached out to you?

K: So when the team in San Francisco first reached out to me, I wrote back to them and I said, ‘I am both horrified and intrigued because it's so different to everything that I do’. My cooking is about the human connection and that skill-set that you learn over time and that you pass down. So to have a robot and this automated process with no sort of human touch to be creating food, I couldn't really get my head around it. And the more I learnt about your team and what you were set out to do and the problem you are trying to solve, I have to say I was even more intrigued, and that's why I jumped on board.

N: And finally, what is your verdict on your Chicken Korma recipe made by Nymble?

K: I'm actually quite impressed that a robot has cooking techniques that mimic the way humans cook, adding in spices, toasting spices at different times, adding ingredients when it needs to be. And also, I think I was really impressed that it's intelligent enough to look at the dish and take those photos every 5 seconds and sort of give an update of whether the consistency is right or not. That was pretty impressive. And it tastes pretty similar too. I'll say it's Nymble's version of my dish.

Kishwar is one of the four MasterChef contestants we reached out to collaborate and co-create some of their signature dishes on our cooking robot. This is a candid interview series where the chefs interact with our cooking-robot, as we learn more about the chefs, their own cooking philosophies, techniques, kitchen experiences and much more.

Click to join our early access community and try Kishwar Chowdhury's delicious Indian and other Asian  delicacies, only on Nymble!

Read about our other StarChefs! 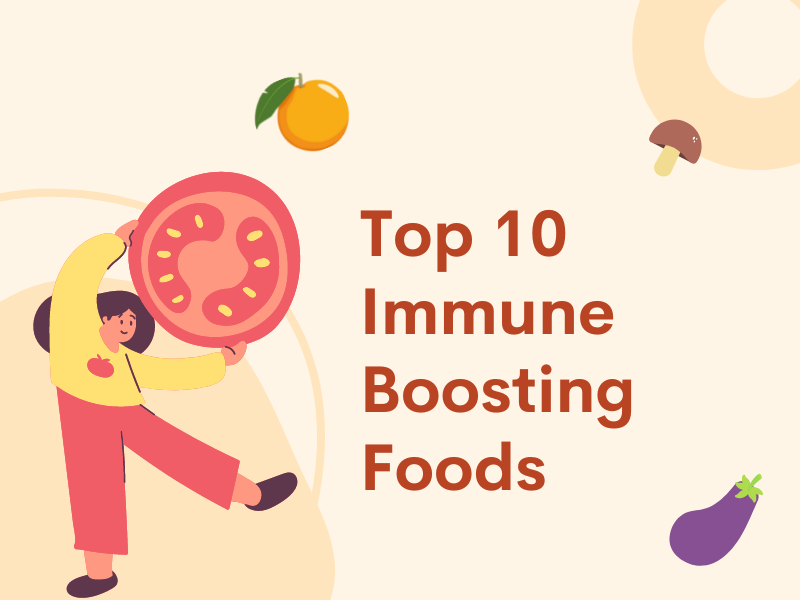 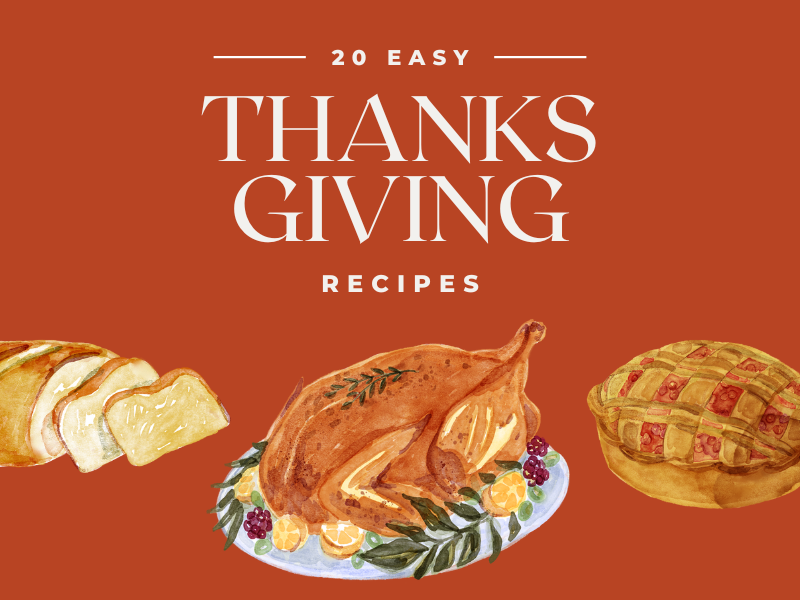 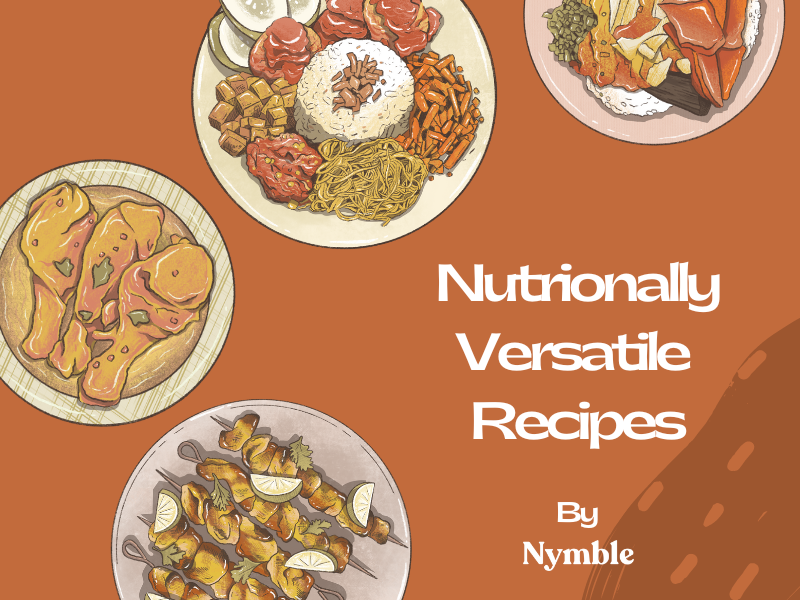